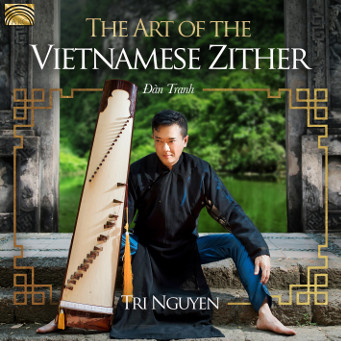 The Vietnamese zither, the Đàn Tranh (pronounce: dan chang), is cousin to the Chinese guzheng, Japanese koto and Korean gayageum. Whereas several recordings of these related instruments can be found, Đàn Tranh recordings have not been as abundant among the world music releases of recent years.

While the few Đàn Tranh-focused recordings available are masterful examples of traditional Vietnamese music, Tri Nguyen borrows from his bi-cultural background to present the Đàn Tranh in a new light, accompanied by western strings, percussion, and occasional world music influences. As a classically-trained pianist, Tri’s live concerts often feature piano recitals followed by ancient Vietnamese music on the Đàn Tranh. For Tri, this is representative of his own journey, immersed in two very different worlds: the western world of his education and classical training, and the Vietnamese tradition of his home and family life.

Symbolically, the Đàn Tranh is indicative of the Vietnamese people’s deep connection with nature. Its curved sound board represents the sky, the flat bottom, the earth. Sixteen strings, multiples of four, represent the four seasons, and the five main notes of the octave symbolize the five elements: metal, wood, earth, fire and water.

An ancient Đàn Tranh master had two daughters. Teaching them to play the 32-stringed zither, they later argued over who could practice with the same instrument. The master took the zither and cut it in half lengthwise, giving one half to each daughter. The Đàn Tranh has had sixteen strings since that day…

More information and demonstrations of the Đàn Tranh can be seen in Tri’s video introduction: “Let’s talk about the Vietnamese Dan Tranh (Zither) Ep.1”.

The Art of the Vietnamese Zither – Đàn Tranh is released internationally on the ARC Music label on 22nd February 2019.