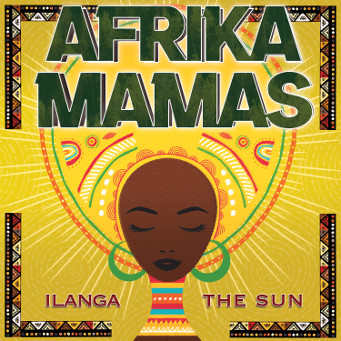 As its centrepiece, a deeply emotive cover of John Lennon’s peace anthem Imagine echoes the album’s overall themes of love and humanity. Nomvula Dlamini’s powerful vocals lead an arrangement that is respectful to Lennon’s original, while adorned with a cappella choral singing. Adding a coda in their own arrangement, the Mamas call for unity at a time when the world appears stricken by division and tribalism.

A theme expressively communicated in their Afrika Mamas’ previous albums, and resonating in the track Sithwele Kanzima,is that of women’s rights. In 2019, two horrific incidents of violence were met with national outrage in South Africa, and people marched in the streets to protest and raise awareness of violence towards women. Sithwele Kanzima is Afrika Mamas’ caring and persistent stand against the accused.

The musical genre isicathamiya is a diverse combination of Zulu acapella singing, Christian choral singing and theatrical entertainment originated in the 20th century and most typically performed by men. The fact that the field is predominately male did not deter Afrika Mamas from forming a rare female isicathamiya group and, with their high energy and incredible vocal range, they have blossomed in this style. “One cannot help but be transported to the rolling hills of Zululand when listening to the Afrika Mamas. They beautifully encapsulate the magic of sisterhood…” - ☆☆☆☆ Songlines

The story of Ilanga began in 2019 when Afrika Mamas were given an IMbokodo award by the legendary group Ladysmith Black Mambazo. The ladies were invited to Ladysmith’s academy to learn more about isichathamiya. Ilanga was then created as part of a student project undertaken at the Academy, were there were only five groups of students – Afrika Mamas being the only female group. Some of the tracks are written by the sons of the late Joseph Shabalala – the founder of Ladysmith Black Mambazo – for example, the title track Ilanga by Sibongiseni Shabalala and Hlonipha and Tshelamina by Thulani Shabalala.

The ladies have been performing together for over twenty years, and as The World Listening Post aptly put it: “The Lioness Doesn’t Sleep”. As strong as ever, the six single mothers cover a vocal range from bass to soprano with striking solos and extraordinary harmonies. Since their formation in 1998, Afrika Mamas have collaborated with an array of South African and Afrikaans musicians including Janni Moolman, Amanda Strydom and Dozi, to name a few. Their first two albums were nominated for the South African Music Awards. They were also nominated in the Best Group category at the Songlines Music Awards.

Afrika Mamas have appeared at various Black History Month festivals, and most of the Afrikaans festivals including KKNK, Gariep Kunstefees and Aardklop Arts Festival. In 2017 they were chosen to represent their city, Durban, at the award-winning Essence festival in New Orleans, USA.

Their European tours have taken them to countries such as the UK, Germany, Poland, Belgium and The Netherlands, and they have participated in various projects to promote intercultural exchange with other parts of the world.