“the voice of Scotland” (Rootstime)

The nominations for the Scots Trad Music Awards 2017 are now released with 4 nominations for one of Scotland's most influential musical figures: Mary Ann Kennedy. Broadcaster, writer, producer and award-winning musician. Mary Ann Kennedy, has stepped forward as a solo artist after a 30-year career with 'An Dàn', an album of original Gaelic songs, released through one of the UK’s leading world and folk record labels, ARC Music, on the 28th July, 2017. Urban Gael, now Highland resident, Mary Ann's music is the modern-day voice of this her native language.

Nominations for Mary Ann Kennedy include: 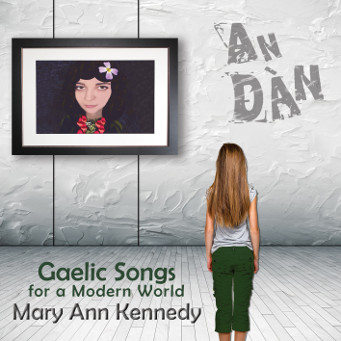 Gaelic Singer of The Year - we agree with Rootstime.be, Mary Ann is the "voice of Scotland".

4 ★★★★ star review in Songlines by Billy Rough:
“Mary Ann Kennedy is one of the finest interpreters of Gaelic song and an inspiring and vital force on the traditional Scots music scene..."

4 ★★★★ star review, The Scotsman by Jim Gilchrist
“One from the heart”